On a sunny day in July in 1940, Ross’s sister Virginia married Rudy Morin. This may have been the first colour film my dad shot with his 16mm home movie camera. What ever chemicals they used back then, they sure held up better than film stocks from the ’60s and ’70s. The film, which was transferred in 2019, looks like it was processed in Technicolor. This is a short film at just over four minutes, but it featured both of Ross’s parents, William and Ada, in colour, along with all five of their children. Rarest of all is to see glimpses of oldest son Wilfred, who died two years later, one day before his 40th birthday. Ada as well died in 1942, the victim of a car accident.

There’s even a rare scene of cameraman Ross himself, and it shows why he may have chosen to stay behind the camera most of the time after that. 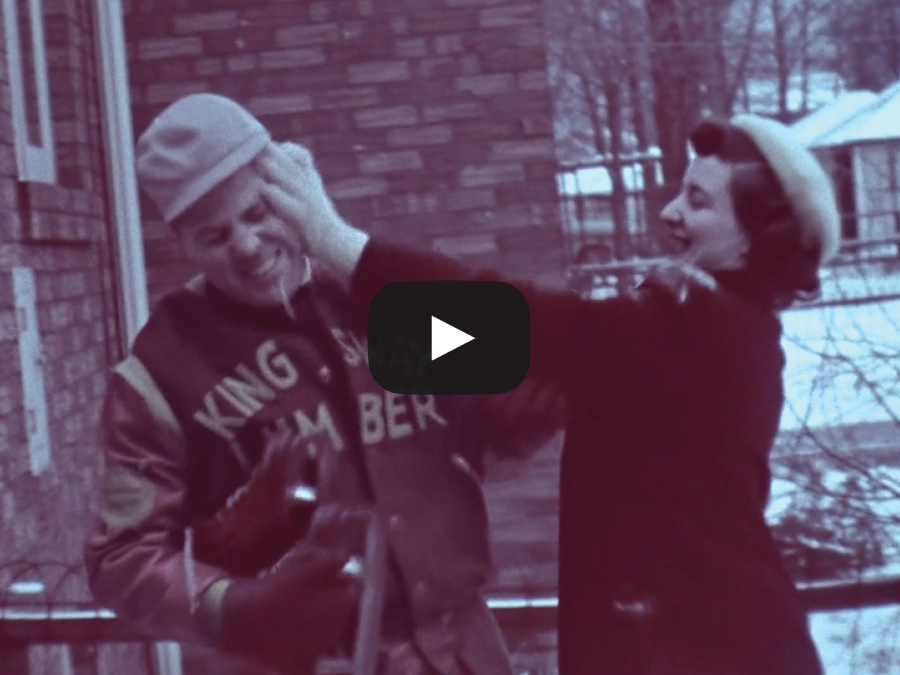